There's still a third of folks out there that were ticked off by such a drastic change. In my opinion, I think two things are happening that's encouraging for Facebook to continue changing like this: 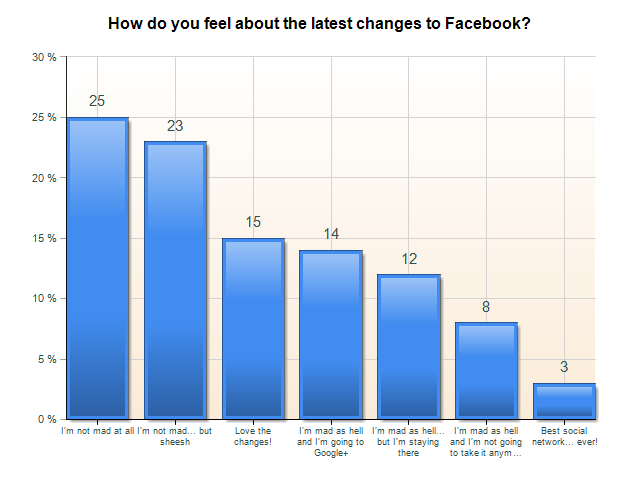